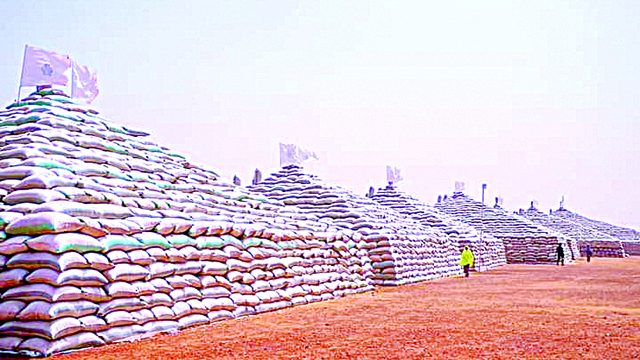 The Anchor Borrowers’ Programme (ABP) which was launched on November 17, 2015 was designed to provide farm inputs in cash and kind to Small Holder Farmers (SHFs).

The programme was intended to create a linkage between Anchor Companies involved in food processing and SHFs of the required key agricultural commodities through the commodity associations.

The ABP was designed to help the nation achieve self-sufficiency in food by, at least, “growing what we eat,’’ and then, put a stop to the reckless importation of food items. This was supposed to help save scarce foreign exchange which can then be used for other more pressing needs.

The ABP is funded and managed by the Central Bank of Nigeria (CBN), through its development finance initiative.

It commenced with a take-off grant of N220 billion Micro, Small and Medium Enterprises Development Fund (MSMEDF), through which farmers got loans at nine per cent interest. They are expected to repay based on the gestation period of their commodities.

The interest rate was later reviewed downwards to five per cent, to allow for more inclusive participation.

Recently, the apex bank revealed that it had disbursed about N791 billion to over three million farmers across the 36 states, under the programme.

Two initial beneficiaries of the agriculture revolution of the federal government, and the ABP were Kebbi and Lagos states. The two states went into a collaboration that birthed the LAKE Rice initiative. That initiative has now resulted to the construction of a multi-billion Naira 32 metric tons per hour capacity rice mill by the Lagos state government..