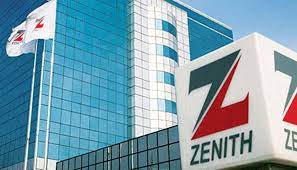 The Group Managing Director of Zenith Bank, Mr Ebenezer Onyeagwu, has called for increased impact investing in Africa to enable the continent to achieve its full potentials.

A statement by the bank issued to newsmen on Sunday, in Lagos, said Onyeagwu made the call in a keynote address at the Africa Investment Risk and Compliance Summit 2021, organised by the Emerging Business Intelligence and Innovation (EBII) Group on July 30 at the University of Oxford, U.K.

Onyeagwu, whose address was entitled: ‘Leveraging Impact Investment Opportunities for Growth in Africa’, described impact investing, as an investment that yielded optimal returns for investors.

He further described impact investing as value for all stakeholders and guaranteed continued sustenance and existence of humanity.

Onyeagwu decried the shallowness of Africa’s financial market as depicted by the fact that no African exchange was among the Morgan Stanley developed markets index, except for two in Egypt and South Africa, in the MSCI Emerging Markets Index, and only six African exchanges in the MSCI Frontier Market Index.

The Zenith bank’s CEO noted that although the International Finance Corporation (IFC) estimated that the global investors’ appetite for impact investing could total as much as $26 trillion, only approximately eight per cent of the assets of impact intent funds, were focused on Africa.

This is not significant enough, he said, adding that Africa appeared to be in the room, but not on the table, considering the fact that Africa was in dire need of investments, especially in the light of the continent’s 1.3 billion people representing about 17 per cent of the global population of about 7.8 billion.