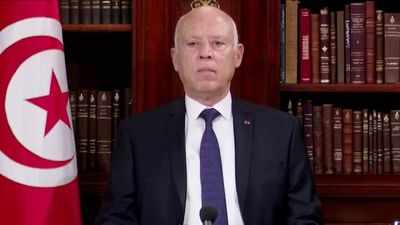 Tunisian President Kais Saied has that “wrong economic choices” caused major financial problems in his first comments on the economy since using emergency powers to seize control of government late on Sunday.

In a meeting with the head of the Tunisian Union of Industry Trade and Handicrafts (UTICA), a business union, shown in a video distributed by the presidency, Saied gave a hint of an impending crackdown on corruption cases but said there was “no intention to harm or abuse” business people.

Formed in 1947, UTICA represents nearly 150,000 private companies in Tunisia from all sectors, with the exceptions of tourism, banking, and financial sectors. Most of these companies consists of small and medium enterprises.

The confederation has more than 25,000 union officials.

The Tunisian leader said 460 people had stolen 13.5 billion dinars ($4.8 billlion) from Tunisia and offered a “penal settlement” if they returned the money.

“I propose a penal reconciliation with businessmen involved in looting the people’s money and tax evasion in exchange for their commitment to projects … instead of being prosecuted and imprisoned,” said Saied, a former law professor who came to office in 2019 campaigning against corruption and an entrenched political elite.