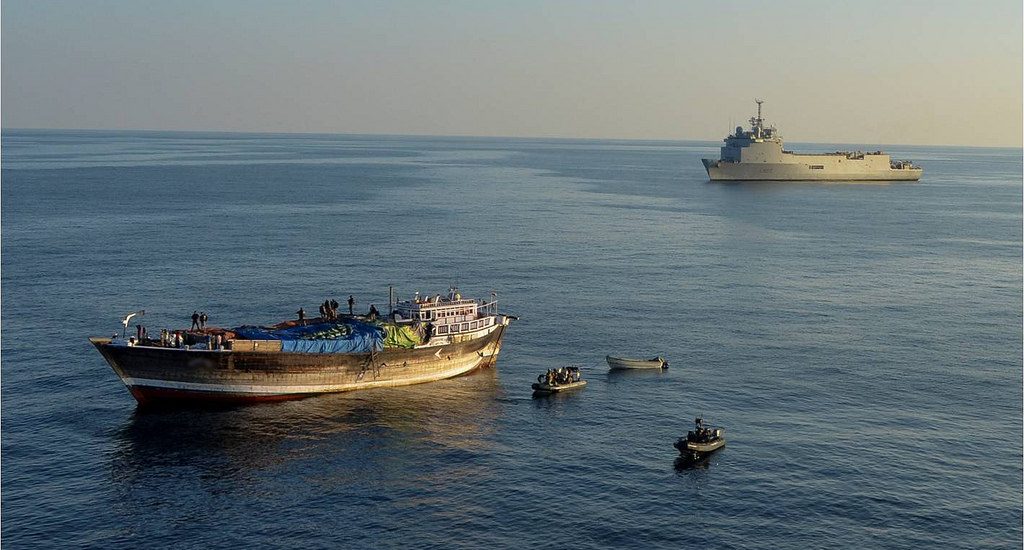 Report by the International Maritime Bureau (IMB) has given credence to Nigeria’s efforts in combating piracy in the Gulf of Guinea (GoG).
Dr Bashir Jamoh, Director General, Nigerian Maritime Administration and Safety Agency (NIMASA), said this in statement by Mr Edward Osagie, Assistant Director, Public Relations, of the agency, on Thursday in Lagos.
Jamoh said the report also gave credence to the Integrated National Security and Waterways Protection Infrastructure also called the Deep Blue Project of the Federal Government of Nigeria.
“This is contained in IMO’s recently released second Quarter (Q2) report on the global reduction of piracy in 27 years in Nigeria, including the GoG region.
“The report notes that the number of kidnapping in the Gulf of Guinea in the second quarter of 2021 is the lowest since Q2 of 2019.
“While 33 incidents of piracy were reported in the last quater of 2020, six cases were reported in the second quarter of 2021,” said Jamoh.
He said the IMB report also noted that the number of kidnapped crew in the region also declined from 50 in the last quater of 2020 to 10 in the second quarter.
He noted that whilst IMB welcomed the reduced piracy and armed robbery activity in the Gulf of Guinea, Michael Howlett, a Director at IMB, commended the efforts of the Federal Government of Nigeria to tackle the challenge of piracy in the region.
He added that the report noted that reporting all incidents to the Regional Authorities and IMB PRC would ensure seafarers maintained pressure against pirates.