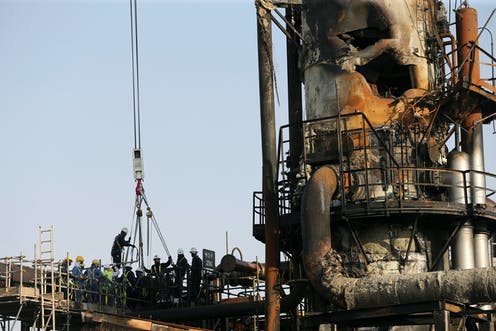 The Minister of State for Petroleum, Mr Timipreye Sylva, has declared that attacks on oil and gas facilities across the country had reduced significantly since 2014.
The minister made the declaration at a Town Hall meeting on Protecting Oil and Gas Infrastructure in Abuja, on Monday.
Sylva, who was represented by Mr Mele Kyari, Group Managing Director (GMD) of the Nigerian National Petroleum Corporation (NNPC), identified the main reasons why increasing production remained challenging.
“First is under investment, you may genuinely not be able to put your money into it and secondly, you may have the money and not be able to due to activities of vandals, which can actually stop you from increasing your production.
“This is a challenge in our environment. However, I can confirm to you that it is not all bad news, because from 2015 to today, we have a calmer Niger Delta.
“We have far less issues on vandals action on our facilities than our access; that means the impact of attacks on our facilities has significantly reduced,” he said.
Sylva stressed that this did not happen suddenly, but were the outcomes of a number of engagements both at national and sub national levels, including with members of the Armed Forces.
He said there were significant collaborations among the agencies of government and security outfits in the country that helped in checking the activities of vandals.