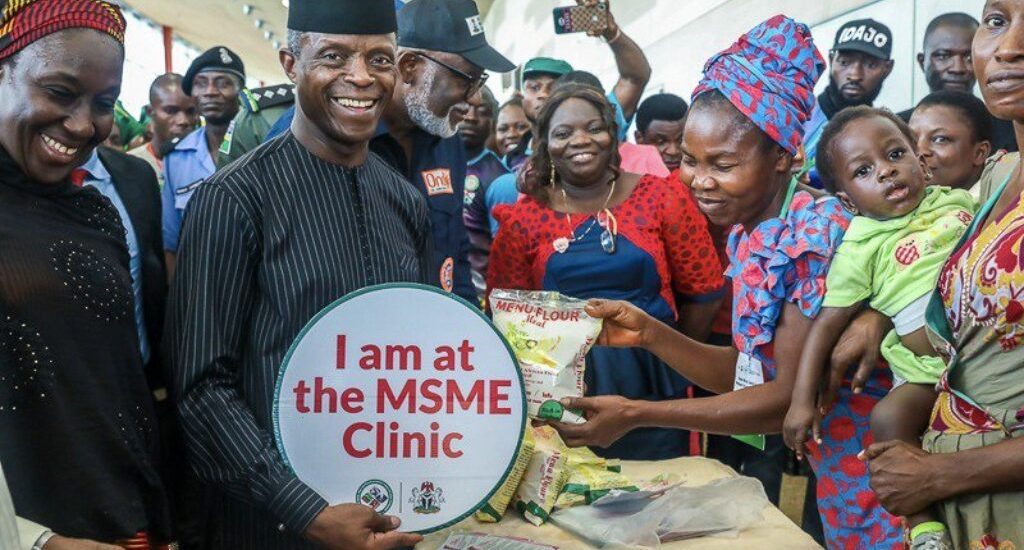 Vice President Yemi Osinbajo says the large number of entries received for the 2021 National Micro and Small and Medium Enterprises (MSMEs) Awards is encouraging.
Osinbajo spoke on Sunday at the 4th National MSMEs Awards held at the State House Banquet Hall, Abuja.
The vice president said that since it was introduced, the National MSMEs Award had grown appreciably and had become a key feature of the national MSMEs space.
“I bring you warm greetings from President Muhammadu Buhari, who is, as you know, particularly proud of the impact and contributions of MSMEs in the economy.
“I am particularly delighted to have another opportunity to see some of our young and innovative entrepreneurs, here in this hall today.
“Since its inauguration in 2018, the National MSMEs Awards has grown in leaps and bounds.
“It has become a prominent feature in the annual event calendar of the MSMEs community in Nigeria, attracting thousands of prospective business owners, established entrepreneurs, regulators and financiers.
“In the first edition of the awards in 2018, some 500 applications were received; I am told that over 10,000 entries were received for this year’s edition alone.’’