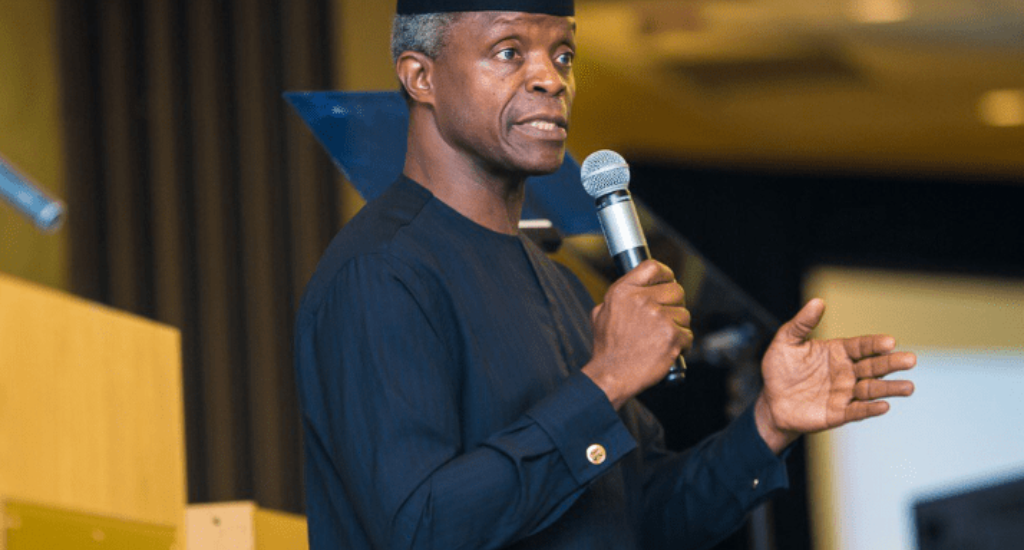 Vice President Yemi Osinbajo says there is need for Micro Small and Medium Enterprises(MSMEs) to leverage technology to improve their performances.
Osinbajo made this call while featuring at the National MSMEs Discourse, titled ‘’Little Beginning, Huge Impact,’’ on Thursday in Abuja.
The vice president was represented by the Minister of Industry, Trade and Investment, Niyi Adebayo, at the discourse which is part of the National MSMEs week.
Tola Johnson, Special Assistant to the President on Micro Small and Medium Enterprises (MSMEs), Office of the Vice President, had recently announced the that portal for the fourth National MSMEs Award would be open from May 10.
Johnson, who is also the Coordinator, Project Delivery Office (PDO), had said that a new portal www.msmeclinics.gov.ng had been created for the fourth National MSMEs Award slated for June 27.
Speaking at the discourse, Osinbajo said he was delighted to be a part of the maiden edition of MSMEs Discourse organised by the National MSMEs Clinic as an integral part of the National MSMEs week.
“Indeed, in this digital age, it will be important to explore strategy by which small businesses can use technology to improve their performances…..